AT stories and reviews from your peers

A Carer’s Journey with Dementia 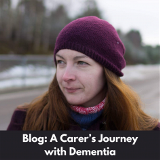 As Bev and Brian’s daughter in law, I watched their journey unfold, and saw the ups and downs as they happened. Even with family and friends to support you, with any life changing news you need to take time out and process it, but then what do you do? Where do you go for help? This is a journey that many carers and individuals with dementia go through, and while everyone’s journey is unique, here are a few tips that Bev has shared that may help others.

When Bev first started looking for help, she didn’t know what to expect, or what she was looking for. She did know though that she wanted to be open to whatever was offered, so once she’d contacted Alzheimer’s WA and found out about the courses that they ran, she signed up. They went along to weekend courses, 12-week courses and others, all designed to help people with dementia and their carers find out more about the disease and how to deal with the changes that were ahead.

They also found out about support groups, the Mary Chester Centre and the local Men’s Shed, where they could meet people in a similar situation, share their stories and get a greater perspective of the condition. Bev also sought out forums and presentations covering the latest research, learning as much as she could and sharing it with family and friends. By trying everything on offer, they built their knowledge step by step, and weren’t picky about only sticking to what seemed relevant at the time, as you never know what you might need later.

Going with the flow and trying everything wasn’t the only way that got Bev and Brian to where they are now though. Their journey needed self-advocacy and the ability to be proactive. When working out if Brian was safe to drive, they made sure to get a second opinion and so saw two GPs, the second of whom recommended a driving assessment at the ILC.

To Bev it’s important to advocate for yourself and look at multiple options, rather than taking advice at face value. Though they didn’t need it in the end, there is also the option of the driving test offered by the Department of Transport, which provides people with further reliable information.

Working out if there was assistive technology available that could help them was another process that involved gathering information from multiple places. As I work at the ILC, I was able to pass on links and advice to Bev about the sorts of AT (Assistive Technology) that may be useful, and suggested that she attend the ATSA Independent Living Expo in 2018 where she was able to gather even more info from a wide range of sources. Armed with this knowledge Bev felt able to make a decision about what AT would best suit her and Brian and give Brian more autonomy than he’d enjoyed in a long time.

So where are Bev and Brian now? They regularly use the AT that she found, which allows Brian to have independence and Bev to have security. Brian accesses respite services, and Bev is still in touch with support groups that she’d found early on, which have sprouted into social groups and friends with whom she can talk to and get a perspective on their journey. By being open about what she’s going through and going along to relevant events, Bev has also been contacted by Alzheimer’s WA and ILC’s AT Chat project to star in videos giving the perspective of a carer, and sharing what she’s learnt.

What she has learnt through their journey is that when you or a loved one are faced with a diagnosis such as this, you should try as many of the options available as possible, as you never know what could be useful later on. You should be proactive from the start, and advocate for yourself when needed. Finally, she learnt that passing on to others the knowledge and experiences she’s gained has been an important part of their journey, and has in turn helped them to deal with their lives and what lies ahead. 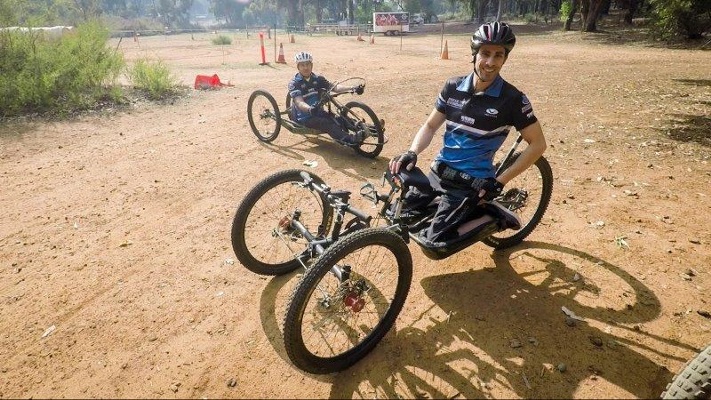 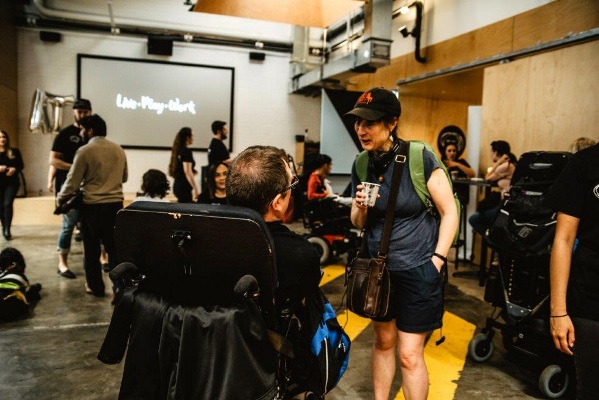